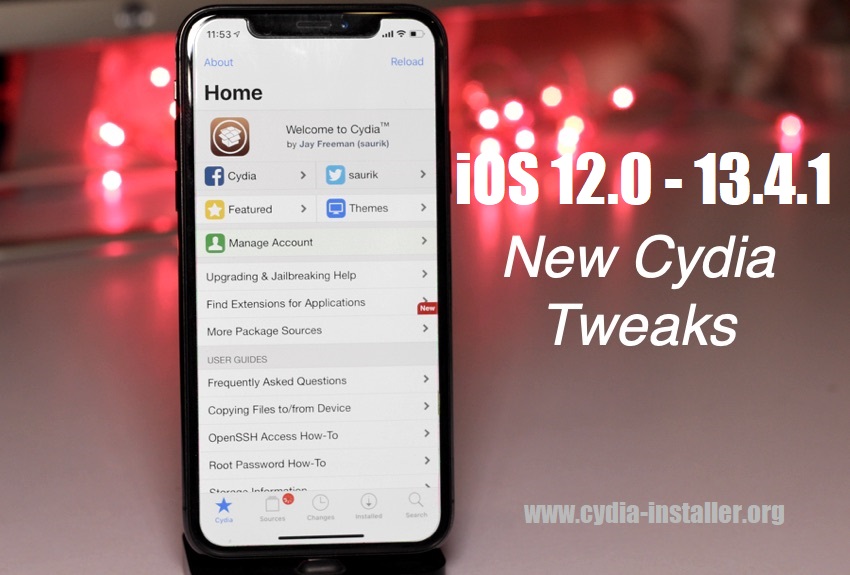 iOS 13.4 jailbreak is coming up next Apple’s latest operating system to bypass the rules, restriction and more on iOS 13.4. If you find the latest available iOS 13.4.1 Cydia Apps, jailbreak tweaks, themes and other apps, refer the following article and find out the most popular iOS 13.4.1 tweaks for yours.

Among the number of iOS jailbreak tweaks, Rofi is one of the popular convenient app launchers by iOS developer Kef. Now, you can access your favorite apps from anywhere in iOS. Also, it hides away on the edge of your iOS device’s display as a tab. With the help of this tweak you can manage the slider width, slider height and slider visibility. Also, you can select the most preferred color for the Rofi tab and toggle Rofi on or off on demand. It allows the ability to move Rofi around and enable a custom timeout before Rofi disappears.

Although, it allows you to count the number of apps to appear in Rofi as well. No doubt, Rofi has a nice interface and it is fully configurable to use. Happy to say that Rofi supports jailbroken iOS 12, iOS 13 and new iOS 13.4.1 jailbreak updates as well.

AirDropConfirm is the other most popular iOS 13.4.1 tweaks by iOS developer SparkDev. It is the best option for Apple device users to transfer any important files from one iOS device or Mac to another without any data loss. Indeed, it is very easy to use and all the jailbreak iOS 13- iOS 13.4.1 supports users can use this amazing jailbreak tweak to move files very safely.

With the help of the Ultra Power Saving Mode on your iOS devices, you can save the power of your iDevices. Indeed, it helps to maximize battery life on your iDevices. It is on-demand to bring you minimum value and the strain of battery-intensive tweaks. Yes, it automatically closes all running background apps and it reduces memory usage and saves power. So, this is one of the most popular iOS 13.4.1 Cydia tweaks for Apple users.

This supercharges is the iOS keyboard with useful newest features by OS developer qwertyuiop1379. There are 20 different swipe gesture-based actions. So, you can use it for making the process of typing on an iPhone. Its actions supported with Cut, Copy, Paste, Delete forward, Delete word and more. So, almost all the iOS 13 and iOS 13.4.1 Cydia devices users can experience the SwipeExtenderX tweak very well.

Audicy is the best jailbreak tweak that was made by iOS developer Jalal Ouraigua. It enables easy import of media stored on the iOS device to iOS’ native Music library. No doubt, you can access the Audicy share sheet, such as in the Files or Filza apps anywhere.

Now you can use Folded jailbreak tweak to change the colors, text alignment, folder layout, or any hide/show certain elements of the iOS folder user interface and more. Folded is made by iOS developers Thomz and burrit0z.

Will you be adding with these ones of the most popular tweaks on your iOS 13.4.1 jailbreak device? You can share your ideas from the comments section below.