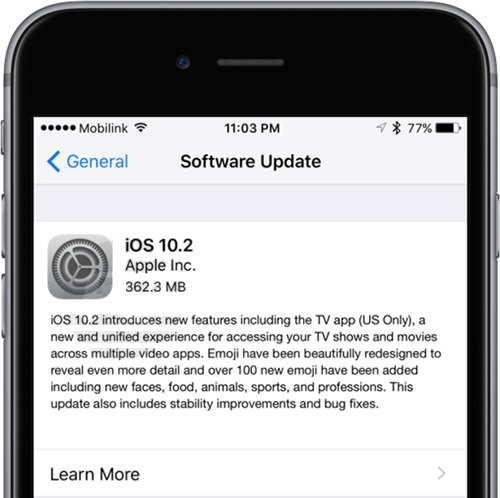 iOS 10.2 download has been now released after eight beta updates. Nearly two months iOS 10.2 has been tested through beta downloads with different types of bug fixes, updates and improvements. With those new additions, now it released for the public users. You can go through Settings > General > Software Update to download it for build number “14C92”. Contemporary to this release, Apple tvOS 10.1 and watchOS 3.1.1 for Apple Watch also have been released.

How to Install iOS 10.2 on iPhone and iPad

You can launch iOS 10.2 install via OTA update or via iTunes. If you download it with OTA release, go through Settings > General > Software Update > Install or if you get it with iTunes, connect the device to the computer using an USB cable and follow the steps by iTunes and choose the correct firmwares to update the device.