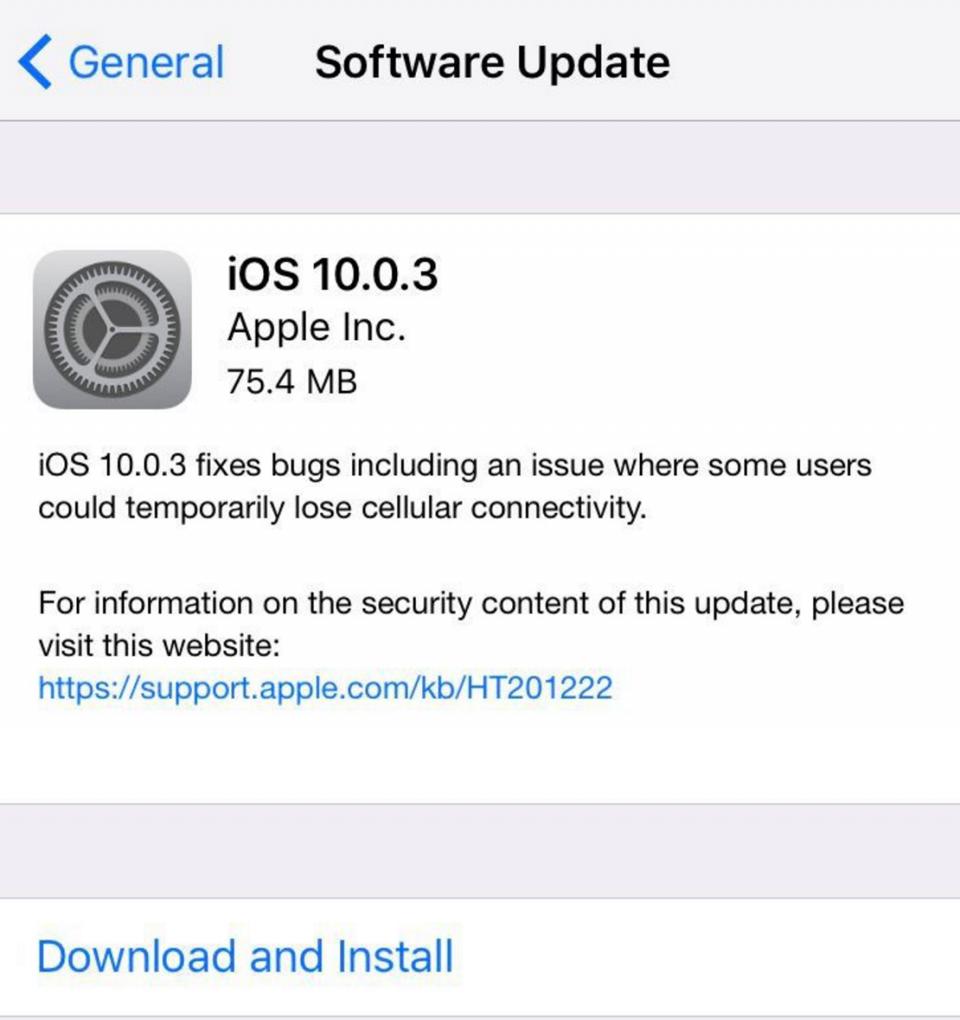 Apple unveiled the third issue fixed update of iOS 10 as iOS 10.0.3 for iPhone 7 and iPhone 7 plus yesterday. Many of iPhone 7 users were report on cellular connectivity was appoint to disconnect suddenly. T-mobile customers also faced with the same problem with iOS 10.

Due to that Apple launched iOS 10.0.3 officially for iPhone 7 and 7 plus with the cellular connectivity issue fix. Now iOS 10.0.3 is available to download over the air on iPhone 7 devices, through Settings > General > Software Update > Install.

iOS 10.1 is readying to release as the next generation Apple OS. Portrait mode for iPhone 7 plus and many other apps and features were add on iOS 10.1 which is still in beta phases.